In brief, I write a personification of mathematics web series, called Taylor's Polynomials, and I'm now turning to you, the internet, to get some ideas for new mathematical relations to personify. Feel free to comment below, or email me, mathtans at gmail. 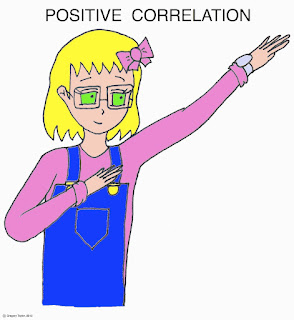 For those who are stumbling across this blog for the first time, or who have never asked themselves what's with the characters like the one you see to the right, I personify math.  The same way OS-tans personify operating systems, or Axis Powers Hetalia personifies countries, or Piers Anthony personified the Incarnations of Immortality... if you still have no idea what I'm talking about, perhaps you should check out the TV Tropes Anthropomorphic Personification entry.

So to this point, I have personified the following parent relations: The polynomial functions, the conic relations, the trig functions, a couple root functions, plus exponential, logarithm, reciprocal, absolute value, sign, and Heaviside functions. You can see a lot of them on this character page. Some of them are dating. Maybe.


For Series 4, I got some input from other staff at my school as to how mathematics is used in their subject areas. Well, Series 4 is wrapping up at the start of April, and I've begun scaffolding out Series 5: Sign Change. My plan is to throw in occasional cameos of other mathematical relations, which is where you come in.  Currently I already have a few contenders, namely:
-Thomae's Popcorn Function (a jumping function, continuous only for irrational numbers)
-Weierstrass Functions (continuous everywhere, differentiable nowhere)

Bear in mind I'm looking for relations here, not objects. I have no (current) plans to introduce "isosceles triangle" or "protractor". The circle is a character because she's a conic, with a parent equation on the Cartesian plane. That's what I'm after.

Also, I'm not looking for you to actually design or draw a character (although you can if you like). I figure that's on me. I'm just looking for interesting functions or relations that I might be able to use. Tips about why they're interesting is nice too, since the teaching job gives me a limited amount of time for in depth research. 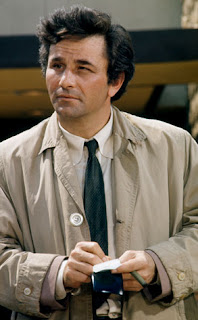 Oh, and one more thing - let me know if you want a shout-out of any sort in the series itself. I don't mind doing it, but I won't be leaning towards it unless it comes naturally. (That said, a simple link to another site is something I do all the time!) Don't be expecting great publicity, however... I get about 12 hits on a new blog update, which sometimes crawls to 20 after a week. (Really old entries eventually get more, but it seems few people actually stick around.) By comparison, I get more than double the traffic here - another reason why this is where I'm making the request.

Okay, that's everything.  Please let me know if you have any ideas!
Posted by Gregory Taylor at 07:38