So, before we go back over the five school days, let's have a quick look at the weekend...

Saturday, not much done related to work, in part because of catching up on sleep, on Twitter, and a D&D gaming group I'm involved with that meets periodically on Saturday evenings. I actually feel kind of bad about not getting back to the marking. Though I did respond to an email question from a student.

Sunday, did get back to marking. Also did some finance prep for Monday's class. Over four hours work in total, amid talking to people online and my afternoon yoga class (we learned the rockin' cobra). It does feel insufficient.

Final thoughts will be categorized into headers. 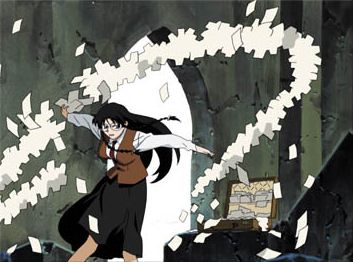 TOTAL WORK WEEK: About 50 Hours
(Lunch is in there, but it's less than 45 minutes (on a good day). Balance that with travel time, which is roughly 45 min per day (>3.5 hr/wk) and we're back over 50 hrs. At 7 hrs sleep/night, I'd be sleeping less per week than working. But I do sleep in weekends.)

CONCLUSION:
I felt like Monday and Thursday were the most "typical" days; maybe Thursday was a bit more hectic than usual. Tuesday is typical of those days where my head is a bit off. Wednesday was obviously the outlier, yet I usually have at least one long work day per week too.

Interesting thing I discovered about the jobs of other teachers, when I had the chance to peruse their posts - their schedules vary by day! (Not 3 teaching classes, 1 prep period, rinse, repeat.) Some have what seem like very different schedules depending on the weekday, up to 8 separate periods, and may not see the same set of students every day. Huh.


I wanted to try changing up the narratives, both to see if I could do it, and so that people would have something different to come back to every day. 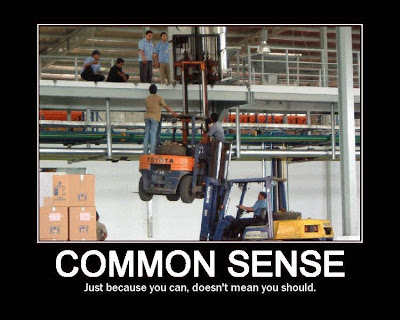 Thus in order of most to least difficulty:

5) Friday- Third person plural, that was more of a mess than I thought it would be. (Yeah, three hours of dedicated writing to produce the smallest entry.) I wanted to avoid the cop-out of 'they = this guy and his thoughts', but using 'they' as a teachers collective made me worry educators would read it and say 'I wouldn't have done that at all', hence everything sliding into the theoretical. Not so pleased with the result, but satisfied.

4) Wednesday- Third person singular. Kept slipping into first person. Part of the trouble is a phrase like "Prep period ends, test still hasn't been written" could work with 'His' or 'My'. Pretty sure I caught all the slips at least, as I tend to reread sentences as I go. Didn't have time to give the posts detailed editing after the fact.

3) Tuesday- Second person singular. Surprisingly, a bit of a toss up between this and Thursday, but since multitasking was done with the latter, I'll claim this was the harder perspective. The hardest part was that since YOU meant the blogger, I could never use YOU for the reader. I had to refer to readers in third person.

2) Thursday- First person plural. About the same difficulty as Tuesday. The 'job shadowing' excuse made it easy enough, yet there were some difficulties. The 'our wife' remark towards the end was actually rooted in a few earlier attempts that had to be rewritten. 'Our car'? 'Our formal wear'? Not wholly accurate. Plus I did start to feel a bit like Gollum, and I'm not big on LOTR.

1) Monday- First person singular. Obviously the easiest. You're reading this perspective now, and most blogs follow such a format. I probably should have saved this for the END of the week, when I was feeling tired... but then, reversing the order might have turned off first time readers, and Day 1 is the day with the most hits. (My first ever post to pass 100 views actually. Day 2 still under 70.)

Of course, there is the lurking variable that Thursday and Monday felt like more "typical" days. Would it have been easier to do third person on a day that didn't run so long? I don't think so, but I can't say for sure. I do wonder if people found the variety interesting, irritating, or simply didn't care. Feel free to comment below.


Well, the two people who've actually read my web series followed me over! The lack of ANY other remark leads me to think that the web series will continue to tool about in my subconscious, as I spend former 'blogging time' in the coming week doing other things. The series WILL be back, make no mistake, you're not getting rid of them. (Sorry?) But I may not throw myself back into ramping up the story buffer (including Hevvi) until the holidays.

With respect to the actual characters I used, Tangent surprised me a bit, both in her selection and that she's a bit more kindhearted than I'd imagined (as well as mischievous). As I said in the comments, maybe I can get students to sympathize with choosing her ratio? Hevvi got short shrift, saddled with the hardest narrative perspective. The conics were par for the course (I didn't offer Hyper because I had no card prepared for her). And Para... 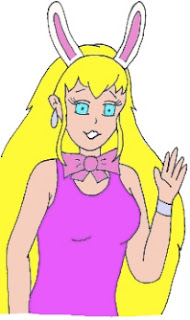 Um. I really am crushing on Para a bit, aren't I? *^^* Most entries, quite by chance, were about 2600 words. In part due to her asides, she blew past that by an additional 1000. The quadratic does strike me as someone teenagers could relate to though - often misunderstood, causing trouble even though she's never trying to be difficult, insecure in particular when she's compared to Expona... so yeah.

I still think I need to find a voice for Para too, for video episodes. I'd co-opt my wife, except I've made the Quadratic a singer. I'd ask my friends, except I'm a bit worried about their reactions. It's funny, I'm really good at male voices/accents, but I'm much better at drawing female characters (plus, X chromosomes = algebra), so now I'm in trouble.

Yes, I am putting far too much thought into something that's only really yielded any professional dividends in terms of stretches and compressions. But it's fun, damnit.


Finally, a few key things that come up over the course of the week. As I'm still interested in opinions for them, if this is the only post you're going to read, I'll summarize:

1. ROUNDING. In mathematics, rounding is generally bad. It introduces error if you're about to multiply by a large number, it throws off ratios, and we prefer to use "exact" radical values most of the time anyway. Yet on Wednesday, students were mentioning that in science, rounding is mandatory, related to the number of significant digits in measurement. This seems like a necessary disconnect, but how are we supposed to deal with that in the classroom in a way that minimizes confusion?

2. CONICS. I really am curious where this is in other curricula. It was removed from the (Gr 11) Ontario curriculum back in 2003 when five years of high school got compressed back into four. (That's also when proofs were removed, because when it was proposed removing calculus instead, post-secondary institutions were up in arms.)

3. JOB SATISFACTION. This came up on Thursday, with the remark that when students "are getting it", a teacher feels happy - in fact, may feel it a bit even if it's second hand and not their own student. Does this work the same for other teachers, and what about people in other jobs? What is 'satisfying'?

4. THEME SONGS. I threw those in on a whim after making an offhanded remark on the first day. Did anyone actually click on the links? If so, did you think they were interesting? (This kind of relates to my web series too, since I always had at least a link a day in them... but not much point doing that if no one follows links.)


Finally, for those wanting more, there's now a tumblr site for all the posts of all participants: http://DITLife.tumblr.com/

I think that's everything. Thanks for joining me this week! I hope you will consider checking in on me again from time to time, or following me on Twitter. (Or, y'know, telling me why you'd never do that so that I can at least be more aware of my follower demographics. :) )
Posted by Gregory Taylor at 20:26