A Week as a Math Educator

At the end of my prior "Math Teaching Roundup" post, I referenced "A Day in the Life", a blogging initiative by samjshah and Tina C. (The latter already did a trial run last week.) I knew I was going in on this; I've since made the decision to go ALL IN. (Aha, a poker reference... you're welcome to call my bluff.)

In other words, I'm going to blog every day this week.  I've decided to do this for the following reasons:

1) I claim there is no such thing as a typical day. Every day is a little different, which is mildly ironic when you consider how much of it is driven by the timed ringing of bells. By the same token, I don't want anyone to think 'well, sure, he was busy that day, I'm sure it was easier/harder the rest of the week'.

2) I need a kick to my writing; for some of my friends, that's NaNoWriMo, the novel writing month. Yeah, I don't have time for that because... well, you'll see. But I should be writing more, and when I maintained my math webcomic, I did write more. So this will get me back into that, in part because every day I blog, I will do so FROM A DIFFERENT NARRATIVE PERSPECTIVE.  First person, second person, and so on as the week progresses.  So for those who find my life boring, maybe you'll still want to come back to see the new narrator.  Which brings me to...

3) It doubles as a cheap plug for my webcomic.  I live in hope of a new email or comment saying 'that's actually kind of cool', which might serve as a kick to get me to refilling the buffer.  For the many of you who have no idea what I'm talking about, I'm referring to the personification of mathematical equations thusly:
Monday I'll play straight.  On subsequent days, they'll be my narrators. If it brings a couple more people on board, awesome, if not, well, it certainly can't cause my readership to decline. (Sometimes it feels like the math-tans are staring over my shoulder of late anyway.... o.o )

4) If I can find the time for the blogging here, then in theory, next week I can use said time for other things I enjoy doing. (Spending time with my wife, perhaps.) Besides, the aforementioned math educator Tina has been blogging every day this month. The webcomic (x, why?) has been coming out with a lot of new posts lately. I've got friends writing over 1,000 words per day. Time to step it up.  Plus, this Friday is a Professional Development day, so if I get in over my head, it's at least a shorter (teaching) week.

5) By blogging about everything, I hope I might notice particular inefficiencies, or things I'm doing that could be corrected.  And if I don't notice, the data's at least out there for someone else to notice.  (Um, and hopefully comment.)  I hate to think I'm doing something particularly silly just because I don't know any better. 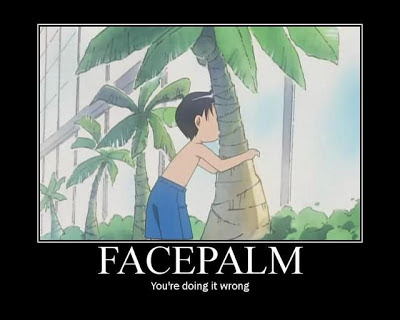 6) I want to provide the Ontario perspective.  I know, there's other math educators out there from Ontario and Canada (I follow some of them on Twitter), but in particular after reading Tina C's "trial run" post I'm musing over the fact that some days she teaches three classes, some days only two.  That's peculiar to me.  So I'm probably peculiar to some Americans.  And I *know* I'm peculiar to some of my non-teacher friends on Facebook who also live in Ontario.  So there we go.  And I grant this is more a reason for just doing a day, not a week, but I'm all about segues:

Just to provide some context. Back in late August 2012, the premier of Ontario recalled the legislature early in order to push through Bill 115, which would force teachers back to work (uh, we were always coming back to work), as well as give the Minister of Education the power to ban strikes (uh, we weren't in a position to strike), and demand that all teacher contracts be resolved by December 31st (uh, four years ago it took longer than that) according to a framework that, among a lot of other things, would force three unpaid professional development days in 2013/14 to pay for younger teacher salary increases (uh, so my salary increase is in part being funded by taking money away from care staff and office staff who also have to take these days... right). This because our contracts expired August 31st, 2012.

The premier has since resigned and prorogued the provincial government, so for all we know they won't be sitting again until 2013.  Did I mention this was the LIBERAL government?  Supported by the Conservatives, even though the Conservative leader thought the Bill didn't go far enough?  Yeah, I've already explained that Democracy is Broken.  So what's my point?

As of tomorrow, November 12th, Ontario teachers actually ARE in a position to take job action.  Which means, unless something changes, there's certain parts of our job that we won't be doing - for instance, answering parental emails outside of school hours.  Now, as far as the blogging goes, you probably won't notice anything aside from the offhand reference to stuff I might have otherwise been doing.  But stuff like this affects the tone of the school, particularly when the media reports on it wrong.  (In August, Bill 115 was referred to as the "wage freeze bill" - four months after both sides had already agreed to a wage freeze.)

Anyway, let's get away from the politics.  One more thing, just to provide an overall context in advance.  We don't teach "Algebra 1" and whatnot.  Here's what Ontario high school looks like for math, with what I consider the 'default' path to be in blue:
GRADE 9:    Academic      Applied     (+Essentials level offered at some schools)

You only need three math courses to graduate.  Calculus/Vectors needs Adv.Functions first, which itself needs either CollegeTech or 11University.  We're also semestered, and this semester, I'm teaching senior level (11/12) courses; I'll get into the material in my posts, but not the framework, hence these remarks.  If they don't make sense, well... I suppose they don't really have to, unless you're enrolling a student.  Then by the Gods, please make sure you talk to someone so they're placed correctly.

Oh, just ONE more thing (Columbo shoutout!).  This also happens to be Anti-Bullying week, as highlighted on my OSSTF calendar.  If you have not yet heard the single "Wonder Woman" by Elise Estrada, which she dedicated to Amanda Todd (the teen from Vancouver who committed suicide), I encourage you to go listen to it now, and there's some other links on that site too.