The Pass in Passion


For those of you following this blog... first of all, wow. Unexpected. Thanks. Second of all, you might have come across my earlier post "If You Built It... So What?" The upshot of which was, you build it for yourself, and if someone else happens to benefit from it, bonus. Which I have discovered seems to be a major thing in mathematics teaching (also referenced in the earlier post). Improving teaching practices by self reflection.

But what if doing it for yourself is not enough?

I think I've reached that point, at least as far as my web series (Taylor's Polynomials) goes. The buffer's run out again, and I'm going through so much other stuff in my life that, as much fun as the strip is... it's no longer worth it, if no one's getting anything from it but me. Well, and not no one - I know my wife and a couple of my friends read. But I had been hoping to present something of interest or amusement to the online community.

I grant that a lot of the initial blame lies with me. I launched with no buildup, no advertising, on a site not very conducive to a webcomic setup. (Granted, if I'd taken the time to figure out all the technological logistics, it might not have happened.) I also didn't have a clear focus as to readership. (People who like math? Who dislike math? People who like puns? People who like science fiction or pop culture tie-ins? Students, or teachers?) And my advertising has been primarily word of mouth and little printed cards that I toss out when the subject arises. 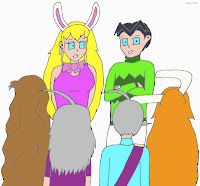 That said, I've now been publishing regularly, twice a week, for over fifteen months; something like 66 weeks, over 120 times. I've shifted to a blog, and started tweeting updates. I've made several remarks to colleagues at math conventions. And while I've had viewing spikes (following a shoutout from Spiked Math, or entering Mystery Teacher Theatre 2000 for strip 100), it's pretty clear that one of two things is happening. Either:
1) No one is sticking around, or
2) No one reading is engaged in what's going on.

The evidence for the former is that my overall page views for September dropped below 200 (so cut by more than half from previous months), and I only get about ten views per update. (I get twice that on this blog, comparatively.) The evidence for the latter is not merely the lack of online comments and email, but more, the occasional online surprise when I reference it (that's a thing?), and the lack of anything even directed at me in person by people I know. While I am picking up a few more followers on Twitter, it doesn't seem to be for the math comic. 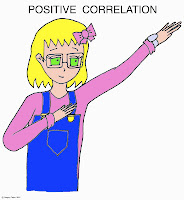 To a certain degree, I feed off of giving others something to think about, or enjoy. (Not the point of being an extrovert... about an hour into most social situations, I'm completely tapped out.) I think that's part of why I became a teacher. I even write too much on tests, stuff probably never read by students, though I'm working on that. I've also followed the tweet links of others, and commented on other blogs out there when I'm so inclined.  That said, it seems like my web comic is NOT the way to inspire or amuse - it's a blog of huge indifference, at best. I don't have a readership. So perhaps my time would be better served commenting on other blogs, or doing more classroom prep instead. People might get more from me there.

Ergo, for at least the next few weeks, while I'm dealing with report cards and the usual three preps on top of any elements of a personal life (which continues to become complicated), Schedule Slip. Probably not forever. (I have unfinished works from ten years ago that still bother me on a personal level, and I do want to complete my Math-Tans Signum storyline.) But the personification of math is done until I've put effort back into a buffer. So the question I put out there is, how much effort should I put into that? Are there people out there who would want a resumption before the new year? Or not until July 2013, if even then? (aka, oh, that guy stopped publishing?) Moreover, should I wrap up their story lines quick, let them play out as intended, or take it in some new direction that would be more engaging? 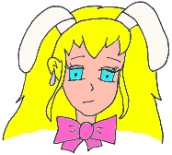 Those questions aside, there's still the question I raised above: What if doing it for yourself is not enough? The answer, it seems to me, is either you find people you can do it for (or with), or... you've got to move on to doing something else. Which is sad when it's a passion you have, but reality has to enter into this somehow. There are some comics out there, I know, who published a lot longer, and more frequently, before anything came of it. But I think if my time would be better spent elsewhere, I need to come to this realization.

Email ThisBlogThis!Share to TwitterShare to FacebookShare to Pinterest
Labels: Serials